Do you want your parents to live longer?

Scientists at the University of California, San Francisco claim that by spending more time with them, you can actually extend their lives.

So how exactly does visiting them more often makes them have more days on Earth?

In the study titled Loneliness in Older Persons, 1,600 adults with an average age of 71 were investigated. The results of the study showed that almost 23% of lonely participants died within 6 years of the study in contrast to only 14% of those who experienced adequate levels of companionship.

They also found that 43% of people older than 60 years old feel isolated.

Researchers concluded that loneliness is an important factor in the decline of quality of life among older adults. As a result, loneliness could lead to depression, cognitive impairment as well as other health issues like coronary artery disease.

Barbara Moscowitz, a senior geriatric social worker at Massachusetts General Hospital said: “The need we’ve had our entire lives – people who know us, value us, who bring us joy – that never goes away.”

Previous studies have shown that loneliness can indeed impair health outcomes in older people. A 2010 study by researchers at Brigham Young University in Utah conceded that social ties like having family and close friends are make someone live longer. 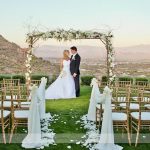 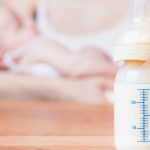