Body shaming is one of the issues that can affect an individual due to the harsh comments that make someone uncomfortable of his/her own self.

Some people get affected really hard when someone criticizes their appearance. What’s worse is that it can even be the reason why a person feels bad about themselves – which can lead to depression.

However, not everyone listens to what other people say about them, no matter how negative their comment may be. There are some people who can easily shrug off these hurtful words as if they never heard them at all.

On the contrary, even though other people don’t get affected by such comments, it doesn’t mean they are already tolerating body shaming. Everyone still got their limits.

In connection with this, there are women who finally put the body shamers to their place by giving them slaying answers.

This woman showed that she doesn’t care whether other people don’t want to see her on television. As long as she knows she is happy and contented with her job, she’ll do what she wanted to do. #YouGoGirl

There are also some people who don’t seem to care whether they hurt other people’s feelings or not. However, it didn’t became her downfall. If anything, she just loved herself more.

Generally, the professional look in the business world is for a person to dress appropriately and presentably. However, other people seemed to have their own version of ‘professional’.

4. Body RequirementSome people act like they are disgusted with others who weighs more than they do — which is questionable. Why does a person need to be in a specific weight? It’s not like they are trying to qualify for some sport.

One of the most common forms of body shaming is about a person’s color. In some places, when a person is darker than everybody else, they are discriminated and being called names. What’s wrong with having a different skin anyway? It’s better to be unique than to be an ordinary one, isn’t it?

These women showed that they are not and never will try to fit according to the society’s standards. They love and accept themselves and doesn’t need people’s acceptance.

How about you? Are you proud of the way you look? Be proud and show us your uniqueness in the comment box! 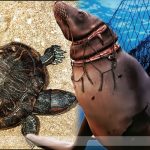 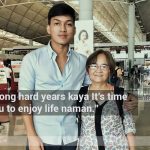