The general public knows Erwan Heussaff as Anne Curtis’ future husband, and as a fitness advocate. He owns a personal blog, and would star in a show where he shares his recipe of healthy and delicious meals.

Heussaff lost a huge amount of weight after giving more attention to what he eats – leading him to become one of the fitspiration of most people.

Nevertheless, it seems like there are a few who aren’t convinced of Heussaff’s healthy diet.

At first, it seems confusing as to why the user said that he has more interest with what Juan Ponce Enrile eats rather than what Erwan Heussaff consumes, considering that he is more fit compared to the former.

But the netizen indirectly explained in his replies as to why he thinks that Enrile’s food is probably healthier. Aside from the thousands of likes and retweets that surprised him, he just found out that Enrile’s grandchild is one of those netizens.

The issue was intriguing for many, saying that Enrile is indeed old, and surprisingly alive. Some of those who replied gave their guesses as to why the man still exists.

Moreover, another user just emphasized that the man is shockingly older than sliced bread. Enrile was born in 1924, while the bread was introduced to the market in 1928.

What do you think is the secret why he is still breathing healthily? Does he have a special diet like Heussaff? 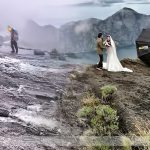 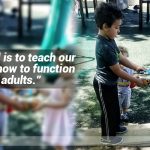