Break-ups are one of the most painful experiences a person will encounter in life. It can be devastating especially when someone had invested too much feeling in a relationship.

For many, it is hard to part ways with their partners as it isn’t easy to forget all the good and bad things they had experienced during their relationships – which is why most people find it hard to move on even when a relationship only lasted for a year or two. But if short-length relationships are already hard to let go of, what more for those who had a long one such as an eight-year bond?

Just in recent times, a Facebook user named Karla Andrea Bonifacio broke up with her ex-boyfriend whom she spent almost a whole eight years with. She had a heavy feeling in her chest and felt like she needed to let it out, which is why she decided to post a letter to him last April 2nd, to tell him everything she wanted to say for the last time.

Before she laid out her letter, she had first shared how wonderful their relationship was.

“It actually took so much courage to post this…
But for the past 7 years & 7 months, people witnessed the love story that was Gio & Karla.

For almost 8 years, I’ve only loved one person. He loved me since we were 14 but it took me 2 years to realize that I love him too.

We did a lot of things together. From sneaking out during highschool & lying to our parents that we have to do projects after school so that Gio & I can go to mall — with only 300 pesos that we saved up from our school allowance. We’d eat in food courts & share one iced tea. But it didn’t matter actually because we were happy.

Until we’ve reached college and we had to go to different schools. But I was very confident that we’d survive it… because we love each other. And we actually did. 😊 He was one of my motivations to finish school. Because I want a bright future with him. He would pick me up in school, he would help me with my projects, he would take me out to eat after a hectic day. He was all I see as I march during my graduation. And I can finally say, we made it. ☺

Months have passed & we both got employed. This was the time that we were able to do a lot of things. 300 peso pocket money became thousands, food courts became fancy restaurants, window shopping became real shopping, jeepneys became taxi, malls became out of town & even out of the country. He was there when my dad passed away. I was there for him when his mom passed away too. Through happiness & pain, we got each other’s back.
I experienced a lot of things because of him. Because he was there. He’d do everything to make me happy.

We were the ideal couple. We do everything together. I can’t even see myself loving somebody else. Because I already found my soulmate when I was still in St. John’s Academy’s green jumper, my black leather shoes with white socks & my backpack. My future was him. He was the person I want to see at the end of the altar.

I loved the relationship we had.
But it has come to an end.”

Indeed, the kind of relationship they had is the ideal one every couples dream of, which makes it even saddening to know that it is over. Her post had comments mentioning ‘third party’ which might be the reason why they had to part ways. Nevertheless, Bonifacio chose to remember the wonderful memories her ex-flame left her.

“To Gio, to the love of my life. To my constant companion, travel buddy, my shock absorber, the answer to my every whys. We’ve reached the end of the tunnel and it’s time to part ways.
Thank you for holding my hand during the journey. It was a worth while journey. A journey i will forever treasure in my heart.
I sincerely pray for your happiness, even if that happiness doesn’t include me anymore.  I hope you reach your dreams. I may not be able to witness it anymore, but know that I will be cheering you from afar. You deserve to be happy, you deserve to love again. And I do too. I don’t regret ever loving you. Loving you was one of the best decisions I’ve ever made. One day, I know we’ll cross paths again. One day I can look at you in the eyes & I won’t feel hurt anymore. One day, we’ll talk about how much we’ve loved each other and that helped us love another person. You will always have a special place in my heart. And let’s believe in love again. It’s okay. We will be okay. One day i believe we can be friends again.

To my family, mom & ate, my friends, you know who you are. THANK YOU. I wouldn’t be able to survive this if you guys are not there to pick up the pieces.

To those who believed in us salamat. But this is going to be my last post about Gio. About us.

Bonifacio’s sincerity is truly remarkable as she was able to wish her ex-boyfriend well despite of what had happened between them.

As what the others say, good things must come to an end. Though it is sad to see two hearts separate, we don’t really know what will happen in the future. They might find the way back to each other’s arms, or they might find the happiness from their future partners. 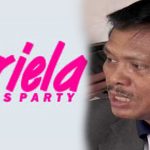 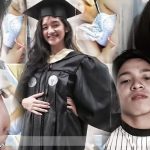