Snakes are one of the reptiles which most people are truly frightened of. Who wouldn’t be?

In just a bite of one of these poisonous snakes, a human can die in just a small period of time, which explains why people try to avoid them as much as they can.

However, look at how fearless this young boy is! Even though he’s just turning two this April 2017, he’s already used to snuggling with undersized and full-size snakes.

He is the son of a couple of professional snake catchers, Tony and Brooke.

The little boy started joining his parents’ activities ever since he was only a day, and had accompanied his mother on task before he learnt how to talk and walk.

However, despite Jensen’s eagerness, his father shared that the kid is supervised with extreme caution and only allowed to hold non-venomous snakes. “We have to be careful about it, because he’s very keen. Give him half the chance and he’ll grab the wrong snake,” Tony Harrison said. “I always put it like this: You’re not going to avoid giving your son cordial, because he might then go and drink the colorful stuff that’s under the sink. You make sure the kid doesn’t eat or drink the wrong stuff and the same principle goes for handling reptiles.”

Regardless of the kid’s early age, people around him see how the kid enjoys the interaction with these animals.

As a matter of fact, the kid himself also participates in the releasing of snakes whenever possible. 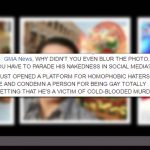