Hairspray has long been the solution to a bad hair day. However, a new evidence suggests that pregnant women should stay away from this hair styling product as it had been linked to a common birth defect in boys.

In a study carried out by researchers at Amiens University Hospital in France, it was revealed that the use of hair spray during pregnancy raised the risk of hypospadias.

In fact, pregnant women who used hair cosmetics were almost twice as likely to give birth to a boy with such birth defect.

“This is the first study to demonstrate a link between maternal household exposure to these two hair cosmetics during early pregnancy and the incidence of hypospadias,” the researchers wrote in the study published in the International Journal Of Environmental Research And Public Health.

Researchers theorize that the chemicals present in hairspray disrupt male hormones and hinder the normal development of the male genitalia during the first three months of pregnancy, which is regarded as the most crucial period in feral development.

Affecting one in 250 men, hypospadias is a congenital condition in which the opening of the urethra emerges on the shaft or even the base of the penis, instead of at the tip. Such condition is also associated with fertility problems as well as undescended testes.

Many men with this condition often suffer lifelong physical and emotional trauma, causing a strain on their relationships. 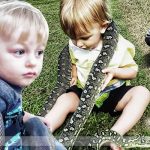 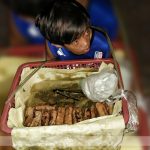