After the real-life Final Destination tragedy happened to the group of students in Tanay, speculations hit the internet.

The recent accident that took 14 people’s lives in Tanay, Rizal upset the whole country. It was heartbreaking to know that what supposed to be a camping trip became a tragedy.

Upon hearing this saddening news, posts of the victims was brought up and it scared the hell out of the netizens.

The youngsters, together with the driver, died at Magnetic Hill – which is known for being an accident prone area. It is revealed in reports that the tragedy was a human error and due to the lack of maintenance on the vehicle used, and not an environmental issue. The bus is overloaded, it is seen that even the center seats are used.

The eerie vibe these posts gave us is unexplainable. All the students above died because of the accident. Is it really possible they were able to foretell their death? 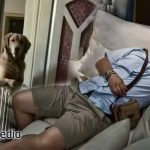