It is hard to understand why dog owners abandon their pets. Aren’t they their best friends? Dogs also have feelings and emotions. They are not even immune from pain.

While roaming around the city with his bike and his friends, Paul Skinner noticed an unusual dog along the roads of Lincolnshire, England. The dog was licking and sniffing a plastic bag. Skinner thought it was just food or a dead bird inside.

The dog’s condition looked bad, and enough for the cyclist to be emotional. When he decided to check what’s inside the bag, the dog refused to let go of it. What he saw what’s inside, it broke his heart more. Afterwards, he called the police.

Skinner opened the bag and saw four dead puppies inside.

The police officers were quick to take action and immediately called an animal welfare service. When they arrived, they even tried to revive the poor puppies, but it was too late.

“The bag contained four dead pups. It was heartbreaking. She had tears in her eyes. I could not believe anybody could be so devoid of humanity to do something like this.”

The specialists, who helped Skinner, assessed the situation and said that there was a possibility that the puppies were still alive when they were placed inside the bag. They also said that the mother and her puppies could be dumped in the ditch, the same time her babies were born.

Authorities later thanked Skinner for reporting the alarming scenario and said, “We don’t know whether the puppies were stillborn or whether they died because of the cold.”

The animal welfare service adopted the dog and named Carly. She is very brave, according to them and is currently recovering from the heartbreaking incident. 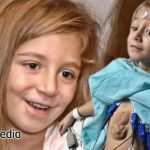 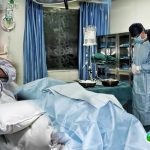