The issue regarding former President Ferdinand Marcos’s burial at the Libingan ng mga Bayani has always been a contentious topic.

Whether or not Marcos deserves to be buried at the heroes cemetery is a debate that has spanned decades after his death. And with the election of President Rodrigo Duterte who’s a known close ally of the Marcos family, the issue has been resurrected especially since Duterte has issued a verbal order to allow the burial of Marcos at the Libingan ng mga Bayani.

While Marcos supporters lauded the President’s decision, many of martial law victims and anti-Marcos groups furiously oppose the plan. Marcos’s victims say the move only serves to deodorize the dark history under the late dictator’s rule. Since Libingan ng mga Bayani is reserved for heroes who served the country and are well worthy of emulation and adoration, Marcos’s interment there would go against these principles .

But, is the Libingan ng mga Bayani really the only resting place of our nation’s heroes?

The Dailypedia lists down some famous heroes and presidents who are not buried at the Libingan ng mga Bayani.

1. Melchora Aquino –  known as the “Ina ng Himagsikan”, Tandang Sora died on March 2, 1919 at the age of 107. Her remains were initially laid at Himlayang Pilipino until they were re-interred at the Tandang Sora Shrine in Banlat, Quezon City. 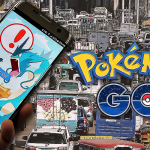 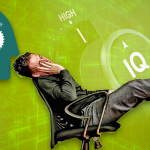