Would you rather stare off into space or occupy yourself with some activity, any activity, as long as you don’t stay idle? If you answered spacing out, then you might actually be more intelligent than you previously thought.

Recent studies show a correlation between having a high IQ and what appears to most people as laziness. Published in the Journal of Health Psychology, the study shows that people with high IQ are easily bored and prefer to fight off this boredom by spending time in intense thought. So while it may appear that they are idling their time away, all the activity actually happens out of sight and in the mind.

Lesser intelligent people, on the other hand, prefer to avoid lengthy thought processes and seek out physical activity – such as hitting the gym or engaging in sports – to fight away boredom.

But before you lazy types lord it over the more athletic ones, Todd McElroy of the Florida Gulf Coast University, and lead author of the study, has a caveat: “Ultimately, an important factor that may help more thoughtful individuals combat their lower average activity levels is awareness… Awareness of their tendency to be less active, coupled with an awareness of the cost associated with inactivity. More thoughtful people may then choose to become more active throughout the day.” So while engaging in idle thought may be a sign of higher intelligence, it shouldn’t really be used as an excuse to be lazy. 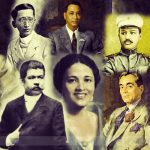 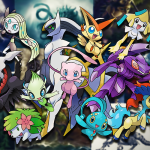