A carnapped 2015 Toyota Hiace commuter van with plate number ALA 2950 was recovered by authorities through the help of social media. A certain Paul Roger Salenga reportedly stole the vehicle on December 30.

According to a Facebook post by John Albert Danting, Salenga, the driver of the van, allegedly stole the vehicle which was last seen on January 1 at the Dau terminal. Salenga, who uses the aliases Roger Samia or Bong Samia, remains at large.

Based on the information given by the Highway Patrol Group (HPG) in Angeles, Pampanga, Salenga has an pending case of carnapping.

Through the power of social media, the carnapped vehicle was reported seen near Mabalacat City College along McArthur Highway on December 31.  The vehicle was finally recovered on Thursday, January 6, and is in the custody of the HPG. 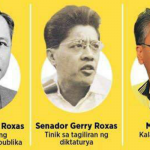 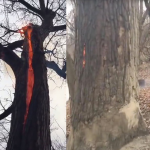