A video showing a creepy-looking tree burning only on the inside has been giving netizens the chills.

According to a report on Mirror, two hikers were walking in Defiance, Ohio in December 2015 when they encountered a tree that was burning from the inside.

Using a mobile phone, one of them decided to film the scene. As the 30-second clip plays, a voice was heard saying, “It’s starting to get up and around.”

While the bright orange blaze continued to consume the tree, they noticed that it was not producing smoke, which is very unusual. “What the f**k?! How is this even possible?” the other man exclaimed. Frightened and shocked, the other friend shouted that they should get out of there.

The footage which was posted on YouTube on December 21 has since gone viral and received thousands of views, with many netizens speculating that it could be a “Devil Tree.”

The incident also sparked a debate among netizens with some suggesting that the fire could be caused by lightning or wildfire that can initially burn underground before consuming the inside of larger trees.

devil treetree that burns only on the inside 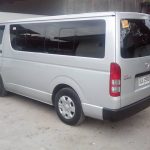 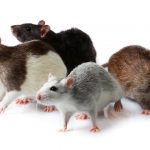