Early this year, a photo of a Thai-German gay couple holding hands on a train in Thailand nearly broke the Internet after it went viral on various social media platforms.

Months after being the talk of the town, the same-sex couple had a beautiful wedding in Aachen, Germany on Saturday, October 31.

Back in April, their controversial photo earned various responses from netizens. While many internet trolls insulted the lovers because Mond was apparently “average looking” compared to his boyfriend, several netizens showed their support for the couple.

Addressing people who made homophobic and racist remarks on their relationship, Mond said, “Taking photos of people like that is no different than filming under a woman’s skirt. It’s a violation of privacy. The first caption I saw was ‘I’ll have to make my face ugly [to get a hot white guy].'”

Mond, who admitted receiving distasteful comments about his physical appearance being undeserving of Thorsten said, “Sometimes people comment ‘the foreigner got himself a hooker. People don’t know how long we have been together or who we are. Of course, I cannot tell them what to think, but these things wouldn’t happen if no one took a photo.” 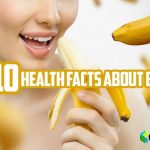 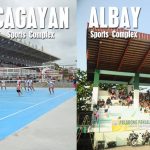