Ryan Reynolds is back as Marvel Comic’s Wade Wilson a.k.a. Deadpool, the unconventional chimichanga-loving, pansexual anti-hero.

In 2008, Reynolds portrayed Deadpool’s character in X-Men Origins: Wolverine. But while Reynolds gave justice to the character, the film’s production was not what Deadpool fans anticipated—no proper costume, not even a mouth  (yep, he was the Merc With The Mouth with no mouth by the end of the movie). To give Deadpool aficionados the kind of flick they deserve, FOX released the first Red Band trailer of Deadpool featuring an extremely action-packed scene and a fully-costumed Merc with the Mouth.

According to GAYSTARNEWS, Deadpool will be the first queer superhero film. Director Tim Miller said Deadpool is a pansexual flirt that will get with anyone. When asked if the character will be hypersexualized after the release of a teasing fireside photo, the first-time director replied to Collider, “Pansexual. I want that quoted. Pansexual Deadpool.”

39-year-old Reynolds added, “There is some sexuality in this movie for sure. You kinda think you have moments when you’re shooting where you think, ‘This is, uh, a little excessive. This is a comic book movie. Are we going to get away with this?’

“But so far so good. Studio hasn’t crushed us with anything. They were here yesterday, they were thrilled, they saw some cut footage and so far so good.”

Deadpool is scheduled for release on February 12, 2016 under 20th Century FOX.

Let’s look back on this awesome Wade Wilson scene in X-Men Origins: Wolverine:

Watch the NSFW Deadpool trailer below which will make you love Ryan Reynolds all the more and make you a Deadpool fan if you aren’t one already. 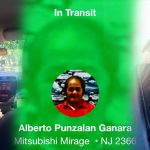 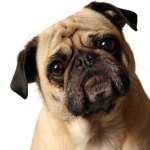