When Engr. Gilbert Lindayag got into the GrabCar vehicle he had booked to take him to work on the morning of November 12, he thought it was just a typical start of yet another work day. Little did he know that he was about to be a witness to a random act of kindness from the elderly driver.

“Happened to chance upon a very kind, elderly GrabCar driver this morning. When I entered the car, I noticed a laptop bag in the passenger seat,” Lindayag narrates on his Facebook page.

That was when the driver, identified by Lindayag as Alberto Ganara, asked him if they could first return the laptop bag the previous passenger had left behind in Ganara’s car b11efore they proceeded to Lindayag’s destination.

Pleasantly surprised at the driver’s thoughtfulness and honesty, Lindayag agreed, even if it meant he might be late for work. When they returned the laptop bag to the grateful owner, the kind-hearted driver did not ask for anything in return. Instead, as Lindayag puts it, “The look on manong’s face was priceless, good karma definitely comes to good people.” 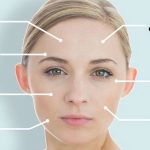 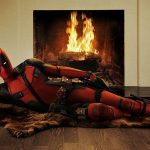