Persons with disabilities (PWD) deserve equal treatment, regardless if you have an expensive car or not. Netizens reacted to a Facebook photo of a Mitsubishi Montero as its driver blocked a PWD ramp posted by user Ronald James Ygnacio Spillers. The sports utility vehicle (SUV) is shown blocking the persons with disabilities ramp at Marquee Mall in Angeles City, Pampanga.

Ronald captioned the photo, “How inconsiderate of this vehicle’s driver, blocking the PWD ramp.” Other netizens shared the post and commented on their displeasure at the SUV driver’s lack of consideration for personal with disabilities for whom the ramps were made in the first place. Others said despite being able to afford and expensive vehicle, the driver could not buy manners. Other said the poster should have reported it to mall authorities.

While the government has been trying to assert the rights of the PWDs , there really still are inconsiderate drivers out there. The government and establishments as well should be firmer in implementing the laws and regulations allowing equality amongst the able and disabled. 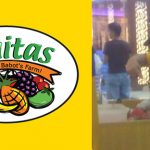 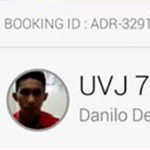