On Wednesday, May 6, the Taguig-city based business outsourcing company announced the termination of service of Prasertsri on its Facebook page. According to the company, they have already turned over Prasertsri to the Bureau of Immigration.

The 32-year old Thai, who goes by the name Koko Narak on Facebook, openly called Filipinos “pignoys”, “scums of the Earth”, “stupid creatures”, “low-class slaves”, and “useless race in the world” in his Facebook page. Despite living in the country for three years, Prasertsri blatantly expressed his hatred for Pinoys.

Furthermore, Prasertsri even went to the extent of bashing Jollibee, the most popular Pinoy-owned fast-food chain in the country.

Screenshots of his controversial statements against Filipinos quickly spread like wildfire on social media earning the ire of netizens.

Since then, Prasertsri has already issued an apology for his statements through a letter he posted on ASEAN Community Facebook Page.

As early as Monday, May 4, the Bureau of Immigration (BI) lodged an undesirability charge against the expat over his racist slurs against Filipinos.

BI spokesperson Elaine Tan explained that the proceedings may take between two to six months depending on the evidence that will be presented. However, Prasertsri can plead guilty to the charge against him and choose to have voluntary deportation.

Should Prasertsri be deported, he will barred from re-entering the Philippines. 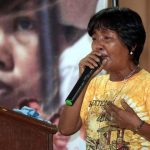 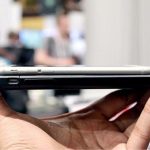