Upon hearing the announcement of top two, the crying Filipino classical singer, who place third behind Mongolia’s Khusugtun, was surrounded by members of El Gamma Penumbra who comforted her.

When asked for his message for Gerphil, Foster replied, “May I say it in private?”

The multiple Grammy winner left his seat in the judges’ area and went up on stage to talk to Gerphil, whom he had promised to bring global recognition.

Although their exchange couldn’t be heard, host Rovilson Fernandez hinted to the audience that Foster told his ward, “We’re going to hear more from you in the future.”

Speaking with reporters after the finale show, the former Pilipinas Got Talent contestant did not reveal what Foster told her, but said they were ‘big words of encouragement’.

During the grand finals performance night last Thursday, May 7, Gerphil’s rendition of “Impossible Dream” enthralled the audience and the judges especially Foster, who had said, “the world is going to know about you.” 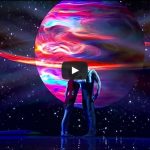 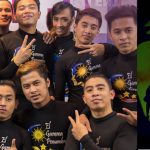