Ellen Adarna, one of FHM’s sexiest women just recently became single again, and not only does she want to avoid commitment, but she said that she wants to have a child only without any strings attached!

Adarna, who was in a commited live-in relationship with businessman Raoul Olbes, revealed in a press con last month that she and Olbes have already broken up last September 2014. She mentioned that both of them already wanted out and that the decision was mutual. Furthermore, she stated that both of them had issues that were already difficult to resolve which made her decide to end things with Olbes.  She did not reveal further details, but said that Olbes knew the reason of their break-up. Adarna also said that there was no third-party involved in their failed relationship.

According to Inquirer News, in a recent interview with Philippine Entertainment Portal (PEP), Adarna told the press that in three years time, she wants to have a baby and that her parents even support her for it.

Alam niyo naman na gusto ko lang magkaanak, even my parents know that. I told them na in three years’ time, I like to have my own baby na, and they said they will support me.

Aside from her lack of interest in a serious relationship, Adarna also mentioned that she will just focus on her career for the moment.

May mga nagpaparamdam, pero wala muna, iba ‘yung priorities ko right now. Siguro, for now, I would like to concentrate on my career and ‘tsaka na ulit ‘yung love.

Hmmm… We are definite that a lot of Filipino men would like to the father of her child… What do you think of her statement? Please leave a comment below. 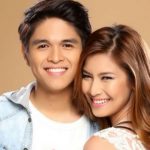 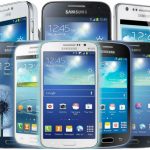