After Chris Brown ditched the most awaited New Year’s Eve concert at the Philippine Arena in Bocaue, Bulacan, there have been speculations on the real reason behind his last-minute cancellation.

In an article from NY Times,  Maligaya Development Corporation, the event’s organizer, released a statement that Brown lost his passport one day before the scheduled event, making it impossible for the artist to grace the concert despite their contract agreement.

Chris Brown even tweeted apologizing to his fans that he will not be able to make it to the concert.

However, a day after New Year’s Day, Hollywood Life released photos of the artist kissing his on and off girlfriend, Karrueche Tran.

It was also stated in Hollywood Life that once Brown and Tran got back together, there was a possibility of Chris Brown not making it to the New Year’s Eve event in the Philippines.

No disrespect to his fans out there, but once he and Karrueche got back together over Christmas, Chris knew he wasn’t going to be able to make that venue.

Some things mean more to me than money and my career and that’s you. I want to bring in my New Year with you and that’s what the f–k I’m going to do.

Now, is it just coincidence that Brown was making out with his girlfriend on New Year’s Eve or did really ditch concert in the Philippines to be with Karrueche Tran? Leave your comments below. 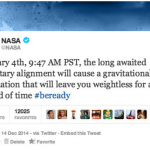 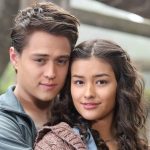