The new year brings new challenges and opportunities for many celebrities, but 2014 certainly brought big breaks and success to some of our favorite stars. Here are 14 of the biggest winners of 2014.

The highly-talked about royal wedding of Kapuso sweethearts Dingdong Dantes and Marian Rivera which was held last December 30 at the Immaculate Concepcion Cathedral in Quezon City was definitely a cherry-on-top of their blazing careers last year. Rivera, who bagged the FHM 100 Sexiest title for the third time in July 2014, also showcased her prowess in the dance floor in her self-titled musical variety show. Dantes, on the other hand, starred in the MMFF entry Kubot: The Aswang Chronicles 2.

Who would have thought that Papa P. and Toni G’s team-up in the Sprite commercial more than a decade ago would be followed by a box-office success. Starting Over Again, one of the most successful Pinoy movies of 2014, became the first non-MMFF entry that grossed Php 400 million.

Undeniably, KathNiel is this generation’s hottest loveteam. They started 2014 with a very successful wrap up of their kiligserye Got to Believe. Certainly, fans couldn’t get enough of the teen royalties as their Star Cinema film She’s Dating the Gangster reportedly earned Php230 million. Aside from countless awards and endorsements, 2014 was also a year of firsts for both Kapamilya stars as Bernado released her first album “Kathryn”, while Padilla starred for the very first time in a historical action epic genre Bonifacio: Ang Unang Pangulo.

Although Kathryn Bernardo and Daniel Padilla made waves in 2014, this pair also proved to be a competition to the Kathniel tandem. Their movie Diary ng Panget launched them to stardom and earned Php 119 million in four weeks-time. After the success of their first movie, JaDine starred in the Star Cinema film Talk Back and You’re Dead and eventually signed a two-year contract with ABS-CBN.

Being the first artist to use hologram technology in a concert in the Philippines, Julie Ann San Jose a.k.a. Asia’s Pop Sweetheart  definitely made her mark in showbiz in 2014. She won several awards including Female Artist Awardee for ASAP 10th Platinum Circle Award, ASAP19 24k Gold Award, and the very prestigious Diamond Record award for her self-titled album. San Jose is the third OPM artist who received such recognition.

Named by YES! Magazine as the “Most Beautiful Star for 2014”, Geronimo’s year was truly beautiful. The Pop Princess won Female Recording Artist of the Year in the PMPC Star Awards for Music and Best Performance by an Actress in a Lead Role in both FAMAS and ENPRESS Golden Screen Awards. Geronimo also triumphed in the international music scene with her performance of the Disney Song “The Glow”.

Chiu opened her year with a bang with her movie Bride for Rent that grossed Php325 million and became the sixth highest grossing Pinoy movie of all time. Her pairing with Kapamilya hunk Coco Martin in the teleserye Ikaw Lamang added luster to her already beaming career. Chiu, who took home the Best Actress awards from Yahoo Celebrity Awards 2014 and 28th PMPC Star Awards for TV, was selected by Walt Disney to portray the iconic character Mulan in an upcoming project of Disney in Southeast Asia.

Although Ellen Adarna’s past year was filled with controversies, the Pinay sex symbol’s 2014 projects such as the Kapamilya show Moon of Desire and Star Cinema films My Illegal Wife and Beauty in a Bottle compensated for the headaches she suffered after her nude photos from a photoshoot for Esquire magazine leaked online.

Literally the big winner in ABS-CBN’s Pinoy Big Brother, the Brazilian-Japanese model obtained more than just being the champ of a reality show. Now a permanent resident of the Philippines, Matsunaga, who can now speak in straight Filipino, is a regular co-host in “Kris TV” and appeared in the MMFF movie Shake, Rattle and Roll XV as well as the Star Cinema film Past Tense.

Newbie love team Enrique Gil and Liza Soberano’s popularity soared high last year due to the phenomenal success of the teleserye Forevermore. 2014 was definitely a good year for the primetime tandem as Soberano was named as the “Most Promising Actress” in the 5th Series Craze Awards, while Gil starred in the family drama movie The Trial. The pair is set to star in the Wattpad-based film The Bet this year.

There’s no stopping comedian-host Vice Ganda from making the most in life particularly in 2014. Still one of the most popular TV hosts, comedians, and endorsers in the country, Vice Ganda has conquered the TV, film, as well as the concert scene last year. His MMFF entry The Amazing Praybeyt Benjamin is a certified-box office success earning more than Php 200 million as of its fourth day in the cinemas.

Our favourite “chuvachuchu” queen is back in the scene. After a long separation with ABS-CBN, former teen idol Jolina Magdangal returned to the Kapamilya station after 12 years. Her TV guesting in Gandang Gabi Vice with former love team Marvin Agustin only proved Jolens still has what it takes to be in the industry. The popular 90’s love team will reunite in the upcoming TV series Flor de Liza.

Beyonce, Angelina Jolie, Manilyn Monroe, or Anne Hathaway? Paolo Ballesteros’ career took a 360-degrees turn after his own make-up transformations into several female celebrities became a viral sensation not just in the Philippines but worldwide. The Eat Bulaga host was even featured in Cosmopolitan for pulling off amazing make-overs.

Accepting awards for his excellent acting is nothing new for Coco Martin. Last year was no exception for the Prince of Philippine TV as he was recognised as Best Actor in the 12th Gawad Tanglaw Awards and 28th PMPC Star Awards For TV. After the  success of Walang Hanggan in 2012, his teleserye with Kapamilya actress Kim Chiu in Ikaw Lamang Book 1 and Book 2 only showed that Martin is becoming one of the pillars of the Philippine showbiz industry. 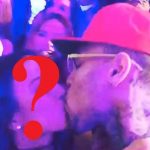 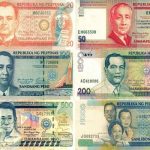