In the Philippines, Christmas is the season when kids of all ages look forward to receiving gifts from their loved ones.

Unfortunately, one boy went home in tears because he couldn’t take home the gift package sent to him by his father.

Grinch wasn’t the culprit. The Bureau of Customs (BOC) examiners based at the Central Post Office at Domestic Road in Pasay City who charged the boy’s mother, Dana Porcalla an unreasonable fee of P2,300 in order to claim the boy’s gift were allegedly responsible for the incident.

According to Porcalla, the officers charged her the amount to cover for the postal fee,import processing fee, Customs documentary stamp, and value-added tax for a package that costs only $40. Because of this, she decided not to get her son’s  package.

i just wana share this to ya’ll. we were in the post office, the one at domestic road in pasay, to get my son’s package that was sent to him by his dad that he hasn’t seen for so long. I was asked to go inside this room to inspect his package in front of the customs officer then was asked to seat out for a while and wait for my name to be called. I did, and it only took like well over 2 mins. for them to call out my name. They handed me this paper which had the computation of the stuff i needed to pay.. and TO MY SURPRISE!!! they asked me to pay freakin’ 2300 pesos and it has a break down with all these fees that was very unfamiliar: postal fee, import processing fee, customs documentary stamp, plus the vat. for your info; this package is a GIFT from his father, we aint selling them plus the stuff inside, all together, sums only to 40 USD.. cheaper than what these freakin’ customs examiners are askin from us.. a lot of other people there were complaining as well. We went home without my son’s package that he has been waiting for for almost a year because they wouldn’t give it to me unless i pay the said amount, which I wasnt stupid enough to do… id rather buy them out here then. So my son went home crying coz he didnt get the toys that he has been waiting for. I hope you share this and voice out how heartless these people in the pasay post office are…

Porcalla’s post has quickly gone viral getting almost 4,000 likes and 6,000 shares on Facebook. Many netizens also shared similar experiences in their comments.

Meanwhile, the Philippine Postal Corporation revealed that the employees involved in the incident were the BOC examiners.

As of writing, the BOC has not yet issued an official statement regarding the issue. 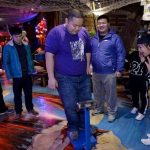 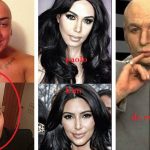