A makeup artist was willing to give everything up so he would look like famous reality star, Kim Kardashian. We’re talking here about British makeup artist Jordan James.

For four years, he spent his extra cash on various cosmetic procedures to look like Kim K. Over those years, he had lip fillers injected so he could achieve Kim K’s signature pouty lips. He also got eyebrow tattoos plus cheek fillers. He also spent money on laser hair removal, reports FHM Philippines.

Thankfully, he was able to save some money from the procedures from the cosmetic surgeons who gave him a discount. So, all in all, he just spent $150,000 (Php6,706,500) – the cost could have been double or triple that amount!

However, based on his current appearance, we think it would have been better if he did not take those discounts and had gone to better doctors, instead.

His crazy appearance makes us wonder whether he regrets spending that much money on those expensive cosmetic surgeries or whether he believes he is a few steps closer to becoming the next Kim K. Hmmmm what do you think, guys?

Maybe he should ask Paolo for some tips, as suggested by FHM Philippines.

For those who do not know, Dr. Evil is the villain in the Austin Powers film series. He is bald and has a signature sign of placing his pinky to his lips. He is portrayed by Mike Myers.

He is often accompanied by Mini Me who is dwarf clone, his cat Mr. Bigglesworth, and an eye-patch wearing goon called Number 2. He also has other evil people in his large entourage. They are the antagonists of Austin Powers who is also played by Mike Myers. 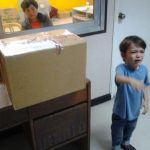 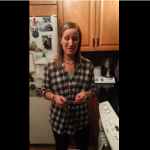