“There will always be positive and negative but it’s hoping that it’s not as bad as the last three years when the charts screwed up” She added.

With 2014 set to close in 1 day, many forecasters revealed the luck and misfortunes in store for 2015 as they shared their predictions of Pinoy celebrities’ fortune.

According to travenchinaguide.com, this will be a very stressful year at work. Kathniel loveteam will never fail to turn heads on the red car pet as they will embark great contributions to Philippine entertainment, this is what the thedigitalspy.com has predicted.

Kathryn and Marian fame will continue to soar, with projects coming one after another both in television and big screen and dozens of endorsements will follow. Marian and Dingdong will have a baby next year according to the  famous veteran psychic Maricel Gaskell.

For both of them aside from handling the job well, they need to pay attention to get along with the people around them, including colleagues and staff. In terms of relationship, they should remain calm when there are conflicts with their partners.

Rat has a wealth star and 2015 is expected to have a blast and prosperous year for them.

Known as a person who is considered honest, bright, and warm-hearted still need to guard right decisions in life as they might fall on a trap of misfortune. New and challenging roles await them which are great chances to show their other acting prowess.

In mid-quarter,they are more likely to find their love. They should get to know a person well before getting into a serious relationship. 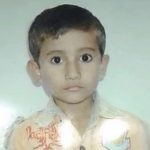 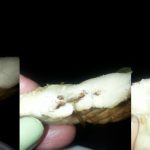