Every child is born pure, and innocent from all the sins and evil of this world, how they are going to walk this earth and what path they are going to take, totally depends on how they are molded by the people around them starting in their home, with their parents. By the time a child open his eyes; his parents were the first figure that meets his eyes, the figures that gave him life to this world.

As he grows and begin to understand what is going on around him, he also watches and understands the status of his home, a good and loving home provides a good environment to the child thus developing a sense of contentment and kindness to his heart, but what if the home that he knew was a symbol of selfishness, of misunderstandings; where he sees his parents argue, exchange bad words with each other, sometimes he is even included in the fights even though he doesn’t even know a thing about what was going on, and because of this kind of atmosphere he asked himself what did he do wrong? Why were his parents like that? And the worst of all was he even loved?

And because he can’t find the attention he needed at home, as grows up, he learns to depend on other people, to treat their opinions as the thing he should really be doing, his friends starts to become his family, lucky he is if the one’s he found were raise in a good home and capable of sharing the idea of love, that even though his home were like that, they will give him the idea that he is not alone, that there are peoples who loves and understands him. But what if they are also on the same boat as him? Yes, people on the same situation understands each other but that also means that they share the same hate and ill feelings for their parents, so putting them together will only encourage each of them to think that they don’t need their parents, that they are free to act on their own free will because no one not even their parents cares about them.

In the group there tends to be someone with a twisted idea, and because of the depressions that they all share and feel, when someone brings about the idea of going on a drink, smoking and much worse to take drugs, they are more likely to try, and that’s because the home that should be the one shielding them from this kind of thing becomes the one who push them to take such direction in life. And when they grow up and raise their own family, the way he sees his family back then might reflect on his family now, and the cycle will continue on and on for many generations unless someone step up to become a better person not for himself but for the sake of the youth that will come after him. 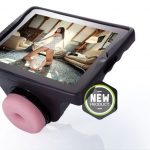