Darna creator’s son shared their trust in ABS-CBN in turning its new adaptation into a success.

Members of the Ravelo family, Rex Ravelo and his wife, Alice Layson, graced the grand media conference of ABS-CBN’s Darna, at the Dolphy Theater, on August 8, 2022. The ambitious, highly-anticipated series, finally debuts on the small screen on Monday, August 15.

Speaking to members of the press, Ravelo, alongside members of the star-studded cast, answered questions related to the upcoming series. For his part, Rex expressed his excitement for the project and revealed how the entire family keeps high expectations for the series.

“We signed up with ABS-CBN because we feel it was the best platform that we can have,” he shared.

He did not deny that the family expects the series to be great, noting its seasoned director and the caliber of the cast.

“(Our expectations are really high. Having Mr. Roño as the director, we felt that, that was it. It was like a dream come true, that my goosebumps remain with me until now),” he added, as he also shared what inspired his father to create Darna.

“(The reason why there is Darna, it is because of his mom. His mother was a single parent, and I assume, while he grew up seeing her raise him alone, and with the inspiration of Superman…he created Darna).”

He noted that adding Iza Calzado’s character to ABS-CBN’s version of the iconic superheroine reflects that origin and inspiration.

(Having Iza Calzado in the series as a young mother, gives that twist of Darna’s real origin),” he shared.

Ravelo, who is already based in the United States, revealed that he came home to personally grace the event, where he also shed some light upon the mysteries of Darna’s character, including her swallowing of the stone and spitting it out, to transform into Darna and return to Narda, respectively.

“(The stone resembles an amulet. That is where the swallowing of the stone came from. But before that, its bearer do not spit it out. The stone goes straight to the heart. The choice of making her spit it out is already an innovation).” 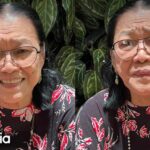 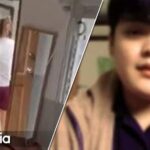