A man pretending to be rich was roughened up outside an Alfamart after failing on his promise to pay for all the customers’ orders.

In the viral video, a man wearing a black hoodie is seen getting slapped and pushed around by several people.

“Isa pang mura sasapukin ko mukha mo.” an agitated stranger said to the man as he gets physical with him.

The man then admitted that he doesn’t have the money to pay for the orders.

He then started asking customers if he didn’t handle their expenses, but all he received was more frustration.

“Nagbayad ako sakanila,” he claimed but most of the people present refuted him.

The Alfamart crew was forced to shoulder the customers’ orders, and they were seen waiting for the man to do something about the situation.

It was revealed in the video that the man was drunk. He later claimed that he had money but not enough to shoulder all expenses. 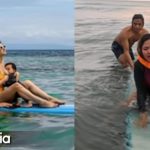 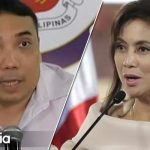