Vice President Leni Robredo’s camp seeks to take legal actions against individuals who thrive on spreading misinformation and fake news on social media after she leaves office on June 30.

Gutierrez clarified that the campaign against fake news isn’t for Robredo only, who has been the top target of social media disinformation in the recent elections.

Robredo previously acknowledged that disinformation played a huge part in the election results and that her camp isn’t ruling out investigating possible election irregularities.

Kakampinks aren’t the only group supporting the initiative but others. The excitement for the new campaign was evident on Twitter.

It's better late than never. https://t.co/DiiYISLMN8

And then there’s the queen of fake news — Imee Marcos.

Push back. Fight back. https://t.co/uMIhDG3rhQ

Model citizens have been waiting long for fake news spreaders to face legal consequences, and many might just after Robredo ends her term.

However, there is still the threat of being red-tagged by the opposition.

That’s why I love her. She never stops helping the country even being outside of the government. Good job @lenirobredo ! We’re rallying behind you! #LeniRobredo #kakamPink https://t.co/2SFM5Ea37y

While Robredo suffered the most from disinformation, President-elect Bongbong Marcos benefited the most.

“Marami po talaga, every week, she is the biggest victim of disinformation or negative messaging, whether it’s about the typhoon, COVID-19 response, and all sorts,” TsekPH head Yvonne Chua told Senators earlier this year.

“Marami po talaga, every week, she is the biggest victim of disinformation or negative messaging, whether it’s about the typhoon, COVID-19 response, and all sorts,” she added.

Chua noted that what Robredo went through was also experienced by Bam Aquino and Mar Roxas in the 2019 senatorial elections. Both were leading the surveys but eventually lost with the help of fake news.

“Unfortunately, the trend persists despite the efforts to curb misinformation. A lot has come out ahead of May elections,” Chua said. 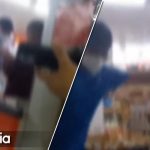 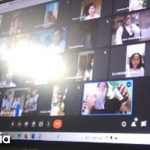