ABS-CBN‘s bid for a franchise renewal could possibly be discussed by Congress once more in the coming weeks.

The media giant has been suffering the tremendous effects of not having the franchise to operate. Last year, it reported a net loss of ₱13.5-billion or $283-million. But despite the struggles, it is evident that the service it provides is incumbent for a lot of things, for example, promoting ads now that the national elections are nearing.

His support for ABS-CBN was evident in May 2020 when he said that he’d approve a franchise renewal bill once it reaches Senate.

“ABS-CBN is still the top choice of viewers in the Philippines as its viewers nationwide prefer to catch relevant news and inspiring TV series on ABS-CBN as the network registered an average audience share of 45%or 14 points higher than GMA’s 31%,” Sotto said in the bill.

“ABS-CBN’s wide reach to Filipinos, alongside the undeniable advantages of broadcast media relative to mass communication, definitely calls for the immediate renewal of the network’s franchise,” he wrote.

Congress resumes the session on July 26, and Kapamilya supporters can’t help but hope that the ABS-CBN issue will be addressed.

Rep. Vilma Santos-Recto also filed House Bill (HB) No. 8298 back in January seeking to grant ABS-CBN a 25-year legislative franchise. She was one of the 11 representatives who voted to have the Kapamilya network continue broadcast operations.

“ABS-CBN has remained steadfast in its commitment to reach out to as many Filipinos as possible by delivering their quality core programs closer to our countrymen by taking advantage of emerging broadcast technologies,” she wrote in the bill.

However, nothing is certain, and working under ABS-CBN today means getting a pay cut, which is why various artists have decided to switch from being a Kapamilya to becoming a Kapuso. 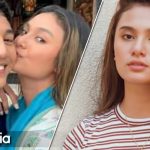 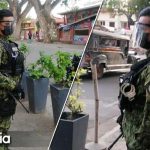