Renowned musician Jim Paredes has expressed disappointment in a number of political figures for okaying the use of non-FDA approved COVID-19 vaccines.

In a tweet, he shared a photo containing quotes by Senate President Tito Sotto III, Senator Bato Dela Rosa among others.

“Beyond redemption” is all that Paredes could say.

Shortly after Christmas, Sotto told reporters in a text message that “there is no law” that would prevent the public from taking non-FDA approved vaccines.

“I don’t think there’s anything wrong about that. There is no law that says you cannot take any medicine or vaccine that FDA has not approved,” he said.

“Last I recall, there is even no law vs suicide. So what’s the fuss?” he added.

The FDA Act prohibits  “the manufacture, importation, exportation, sale, offering for sale, distribution, transfer, non-consumer use, promotion, advertising, or sponsorship of any health product that is adulterated, unregistered or misbranded.”

Philippine FDA Director General Rolando Domingo however said that the agency is conducting raids against the use of the unauthorized Sinopharm vaccines.

“We didn’t catch anyone. We had three raids in Makati and in Binondo but we failed to catch anyone,” he said.

Dela Rosa, who had previously suffered the effects of the coronavirus, doesn’t care that the vaccines are not approved because his life is important.

He believes that the approval of the FDA of the vaccines is just for “formality.”

Much like Dela Rosa, Defense Secretary Delfin Lorenzana said that the COVID-19 doesn’t care much if the vaccines were “smuggled” since its use on the members of the Presidential Security Group (PSG) is “justified.”

“Yes, it’s smuggled. Kasi hindi authorized eh na pumasok dito. Only the government can authorize that through the FDA,” Lorenzana said in an interview with ABS-CBN.

Interior and Local Government Secretary Eduardo Año also said that he sees nothing wrong with the PSG using the unauthorized vaccines.

“It is voluntary on the part of these officers and this Cabinet official.  Hindi naman yan what you call that distribution or selling. Parang ano lang yan if you have a relative from abroad and he has access and he sent you one and you use it voluntarily,” he recently said.

The FDA is yet to approve the vaccines. 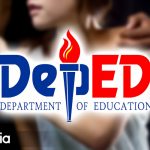 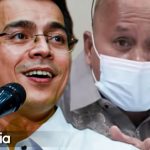