During his speech in Jolo, Sulu, President Rodrigo Duterte said that he can already die happy knowing that he has ‘dismantled’ oligarchy in the country which supposedly controlled the country’s economy and the people.

[That’s how they played my country. That’s why if I’ll die, if the plane crashes, I am very happy. You know why, without declaring martial law I dismantled the oligarchy that controlled the economy and the Filipino people]

Duterte made the statement after the Congress denied ABS-CBN’s franchise renewal. Thus, people assumed that Duterte is referring to ABS-CBN in the speech.

In line with this, celebrities and other personalities expressed their reactions on social media.

So apparently, no to "oligarchs" but yes to cronies and political dynasties. This happened in the 70s, it is happening now.

You can try convincing people to hate "oligarchs" all you want. People just hate hypocrites.

Oligarchy you say? Let’s talk about it.

Dennis Uy took ONLY 3 YEARS to become a tycoon and a mega billionaire under Duterte government❗️Duh!!! 🙄 pic.twitter.com/Dzg0ippy4Y

Cut the crap, Duterte. Stop saying you are dismantling oligarchy when you are very much creating your cronies and your new set of oligarchs.

Example? Dennis Uy who is one of your top campaign donors during the 2016 elections not to forget Villar’s as well. pic.twitter.com/k8tPsLwEig

Is he referring to the Lopezes?? That’s a privately-owned company. Family business! They’re not even in govt.

Wow. If this is your #lifegoals damn!!

At hindi niya napigilang magyabang, so all those scripts about NEUTRAL daw siya are out the window haha. #IbalikAngABSCBN https://t.co/dPa22wjEbE

You got what you wanted. Please focus on the pandemic now. https://t.co/ODbCimoB9L

JUST TO BE CLEAR: Duterte is wrong. The Lopezes are part of the oligarchy but they do not really control the economy. In terms of wealth and influence, "credit" goes to the Villars, not to mention others who are frequent visitors of Malacañan Palace.

However, after getting flak, Presidential Spokesperson Harry Roque clarified that Duterte’s tirades are not for the Lopezes, but for Lucio Tan, Manny Pangilinan, and the Ayala clans instead.

But the Ayalas, Lucio Tan, and Manny Pangilinan are still running their businesses. They haven’t been dismantled.

How can he be referring to Tan, MVP and the Ayalas? He forgave them, even apologized and let them run their business. He was clearly referring to the Lopezes by dismantling the reach and influence of ABSCBN. https://t.co/EAfCtyNrGl

For the record, Duterte had already forgiven Lucio Tan, Manny Pangilinan, and the Ayalas. He also apologized to these businessmen and allowed them to continue their business. 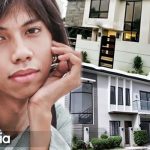 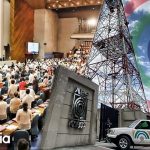