On April 16, the Department of Finance (DOF) announced that government assistance programs catering to those affected by the coronavirus disease 2019 (COVID-19) will last until after April 30.

Finance Assistant Secretary Antonio Lambino III said that the government assistance will last until after the enhanced community quarantine (ECQ) which is set until April 30 as of this writing.

“May extension na nga tayo up to the end of the month, but we were able to put together programs na hanggang Mayo na po, so talagang we were keeping ahead of the curve.”

Meanwhile, the national government is looking to raise Php1.17 trillion to fund the country’s fight against COVID-19.

Finance Secretary Carlos Dominguez III said that the total value of the Php1.17 trillion or $23 billion for the country’s COVID-19 response was equivalent to 5 to 6 percent of the Philippines’ gross domestic product (GDP).

He added that they are allocating $16 billion “for the support of the economy”, $6 billion to “support the most vulnerable in our communities”, and $650 million to “frontliners supporting the fight against the virus.” 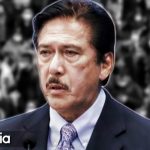 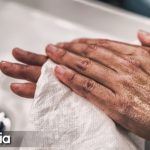