The COVID-19 pandemic may have brought us a lot of stress and headaches, but one recent tweet of Mocha Uson has confused netizens.

On March 18, a post on the Mocha Uson Blog irked the netizens. It was a negative commentary targeting Pasig City Mayor Vico Sotto after he appealed to the national government regarding the usage of tricycles in the city. The mayor said that the public health situation will worsen if officials will hinder the use tricycles.

The Mocha Uson Blog labeled Sotto as “pabebe” as he refused to apply the said law.

So it’s the DDS vs Vico Sotto. Mocha Uson has launched a shameless hate campaign against the Pasig Mayor.

Is it possible to SHUT Mocha Uson Blog's page DOWN by simply Reporting her Page as "Hate Speech". Pwede bang subukan natin? 🤔 RETWEET and TRY IT! If you're with me.

Whenever 'Mocha Uson' trends, you know she has done something stupid yet again. And lest you forget, Mocha Uson is being paid by the government to do exactly that.

Has any government official called her out? NO. Because Mocha Uson represents THIS government.

But what surprised netizens was Uson’s tweet, clarifying that her page is handled by different bloggers and admins. She even called the statements of her hating Sotto “fake news”.

FYI, Mocha Uson Blog FB page is now composed of different bloggers and admins. We practice free speech though we differ in opinions on different matters. So, saying that I am against VICO SOTTO is FAKE NEWS since it was posted by another admin. I hope this clears everything. pic.twitter.com/OxkonecAmB

Netizens then began calling her a coward for not taking responsibility for what is being posted on her Facebook page.

On March 20, Mocha Uson Blog with more than 5 million followers was removed from Facebook and has been inaccessible for more than 24 hours.

Banat By, who usually posts his opinions regarding political issues, is Byron Cristobal, Mocha’s manager.

There are 307 cases and 19 deaths due to COVID-19 in the Philippines as of this writing. 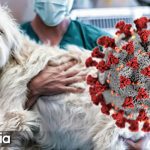