Luzon is now under community quarantine because of the COVID-19 pandemic and social distancing is to be observed by every single person.

But several photos posted by netizen Annie Tajanlangit Mercado showed that citizens at Las Piñas city hall crowding as the city government distributed relief goods. There was no social distancing as seen in the photos.

Mercado expressed her thoughts saying that the goods should have been delivered to different barangays instead and from there, distributed to the different homes.

Netizens were furious about how things were handled.

Las Piñas Mayor Imelda Aguilar has apologized since then. Jon, a citizen of the city said that not everyone who went there received relief goods.

“The city government will make sure that your needs will be provided, especially in this time of crisis,” said Aguilar.

“Not everyone got relief goods. I even didn’t get one myself. There were so many people that we were standing too close to each other. The lucky ones each received a food pack containing rice, three packs of noodles, four canned goods, a pack of coffee and a pack of milk.”

“But the people there were also in the wrong. We were being reminded by the police to keep a 1-meter distance from each other, but most were hardheaded.”

Free canned goods in exchange for your life. What was Mayor Aguilar thinking when she called on all the poor residents of Las Pinas at City Hall to distribute relief goods without observing the 2 meter social distance requirement? https://t.co/ZGaAYCuDG3

Las Piñas LGU! While it's great that you are distributing relief goods, have you been living under a rock these days? You are subjecting these poor people to the possibility of contracting the virus. https://t.co/FourzYIYAu

A place where a mayor doesn't do their job properly and yet have the odacity to put big billboards about their family all around the area. During the Lock down they choose to give out the relief goods by them letting the people form a line. pic.twitter.com/AdZ5l2IO4j

WHAT IS SOCIAL DISTANCING? COVID-19, WHO? I'm really disappointed on how the city hall distributed the relief goods. Nagbahay bahay nalang sana kayo.

I'm from Las Piñas and this clip scares me. I'm just praying that there's no one who has symptoms ☹️ https://t.co/IYWTIXc1jH

Here's what our clown of a mayor and vice mayor did in Las Piñas city. Pinapunta ang mga tao sa City Hall para kumuha ng relief goods when the directives clearly said na bawal lumabas ng bahay! We are in an enhanced community quarantine yet they are risking the lives of people. pic.twitter.com/4bj4EdQy65

Now, Las Piñas has six new cases of the coronavirus.

In a press briefing following the Inter-Agency Task Force meeting Wednesday night, Cabinet Secretary Karlo Nograles said the national government is worried about the use motorcycles and tricycles since this actually violates the practice of social distancing.

“Let’s all stick to the common ground rules,” he said.

When it comes to food, Duterte has mentioned that the Philippines has enough supply.

On Monday, the President assured the people that no one is going to be suffering from hunger.

“I have been assured by Ramon Ang mismo (himself) of San Miguel and the other food conglomerates that there will be sufficient food,”

“There will be no hunger in the coming weeks because we have enough supplies,” the President added.

The Department of Social Welfare and Development has been given the task of implementing measures to speed up the distribution of food to those who are most affected by the lockdown in Luzon.

“Rol, you utilize all vehicles of government available, just go around and maybe asking if there is somebody starving or in need of food,”

President Duterte urged barangay captains to do their job right.

“There is really a need for you to work with government. And if you violate this, then you can be liable for dereliction of duty,”

GrabFood and GrabExpress are here to help the people when it comes to food deliveries.

Grab said they will open their services to help those in need.

“The decision was made to support the food establishments that will continue to operate and maintain the continuous flow of goods to serve the essential needs of Filipinos during these trying times,”

Department of Trade and Industry (DTI) Secretary Ramon Lopez said food establishments would do delivery services to contain the spread of the deadly virus.

Lopez, in a text message on Monday saidm “Agriculture, manufacturing, and services like food preparation and deliveries and distribution of these basic necessities will still be allowed.”

Also, in a video message released on Friday, Duterte said uniformed personnel will make it possible for those affected to not go hungry.

“Yung stranded, we will try to help you. Your Air Force and your Army will help you wherever you are. Kung wala na kayong mauwian, kung wala na kayong matulugan, I am asking the military commanders of different camps all over the country that you can go there and ask for accommodation at pagkain and they will [give you].

“They’d only be too willing to help you. Yan ang ating military at pulis. Bigyan kayo ng pagkain at tulugan “ 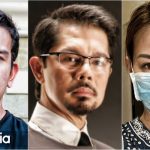 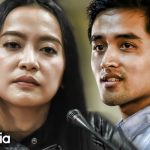