A Twitter user named KB Strawder Jr. posted the surprise he and his brother had for their on dad for Father’s Day.

He and his brother planned to bring their father to Las Vegas to watch a Janet Jackson show.

His father’s reaction was priceless, upon reading the letter he ran and jumped around the room with so much excitement. They knew how much their father loves Janet Jackson and the surprise was a successful one.

His father was happy enough to watch the Janet Jackson show, not realizing that there was one more surprise: It was to meet Janet Jackson in person.

Remember my dads reaction on Father’s Day to him finding out he was going to see @JanetJackson show in Las Vegas?….well we went to the show and there was one more surprise. pic.twitter.com/NjMAQOMWkN

While he was telling about his experiences during the show, his father was so surprised and left speechless when Janet Jackson suddenly hugged him from the back. It took a moment for his father to look at her and hug her back.

The first word he could say was just “Wow” and continuously thanked her.

You know how genuinely surprised you have to be to make this face as a grown man? And rightfully so! pic.twitter.com/q6XsLslQCi

He handed that better than I would have! 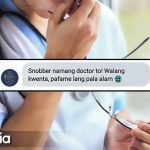 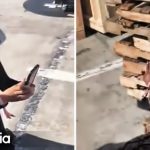