There were 125 films shown last year. And most of them were from film festivals like Sinag Maynila, Cine Filipino, Cinemalaya, Pista ng Pelikulang Pilipino, TOFARM Film Festival, Cinema One Originals, QCinema, and the recently concluded Metro Manila Film Festival.

Despite a number of film festivals, Daniel Padilla and Kathryn Bernardo‘s The Hows of Us topped the highest grossing film in 2018.

In fact, It was the only Filipino movie that has reached the eight hundred million mark in the Philippine box-office which beaten the previous holder of the top spot, John Lloyd Cruz and Bea Alonzo‘s A Second Chance.

READ: KathNiel lords over other love teams, critics suggest that this is not healthy for the entertainment industry

The movie also held premieres in Indonesia and Vietnam. It was Star Cinema‘s first time to do so in Jakarta.

KathNiel were not just rocking the box-office but the world of fashion as well. They were the cover of METRO Magazine‘s August 2018 issue.

They have been part of ABS-CBN’s line of representatives in the Thailand Network Trade Launch, which is the country’s largest media event. They attended the trade show with Maja Salvador and Jericho Rosales.

READ: BOX-OFFICE CHAMPS: How did KathNiel movies gross through the years?

The couple has also won the Favorite Foreign TV Actor and Actress award in the Face of the Year Awards in Vietnam.

La Luna Sangre was acquired by MKCS Global became the platform for the show to be aired in Myanmar. She’s Dating the Gangster was also acquired by a Spanish movie channel called Cinelatino.

Last but not the least, aside from the success of their careers, 2018 has also been the mark of the confirmation of Bernardo and Padilla’s real-life romance of more than five years. 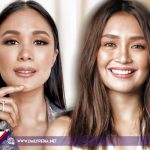 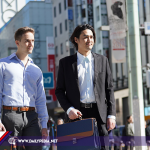