Vice President Leni Robredo was in the middle of a controversy regarding the skirt she wore while leading the Rizal Day rites in Luneta Park on December 30.

Facebook page Luminous by Trixie Cruz-Angeles & Ahmed Paglinawan first posted the photos, accusing Robredo of wearing an Ifugao death blanket and suggesting that she should read about cultural appropriation.

Wait. I hope that is not an Ifugao death blanket the Vice President is wearing. Or Isinai. In the second picture below…

Ifugao expert and University of Hawaii graduate Stephen Acabado clarified that the Vice President is not wearing a mistaken-to-be a death blanket, but an Ifugao ikat.

Ikat is a dyeing technique used to pattern textiles prior to weaving the fabric.

He added that this just shows how many Filipinos are ignorant about the Philippines’ history.

My VP is wearing an Ifugao ikat! The lizard motif is a dominant design in Southeast Asian textiles/images.It is not a…

Page Ifugao Nation also clarified that the fabric is not funerary and that many Ifugao weavers are actually recipients of Robredo’s Angat-Buhay programs and she also helps in the promotion of their products.

YES, the VP is wearing our fabric.NO, it's not funerary. Many Ifugao weavers are recipients of the VPs angat-buhay… 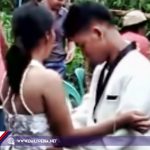 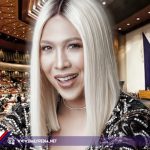