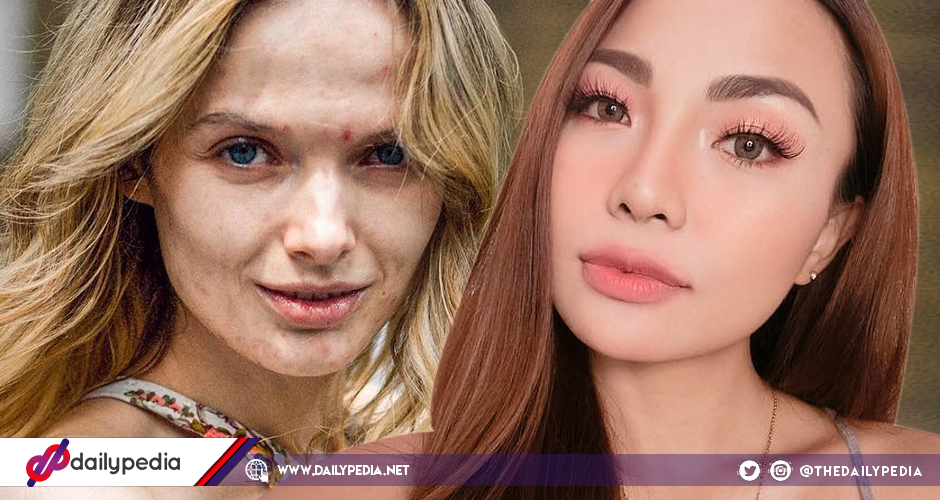 Michelle Dy has been in the hot seat ever since her controversy with Jeffree Star and Anna Cay; but as if intrigues are still coming. 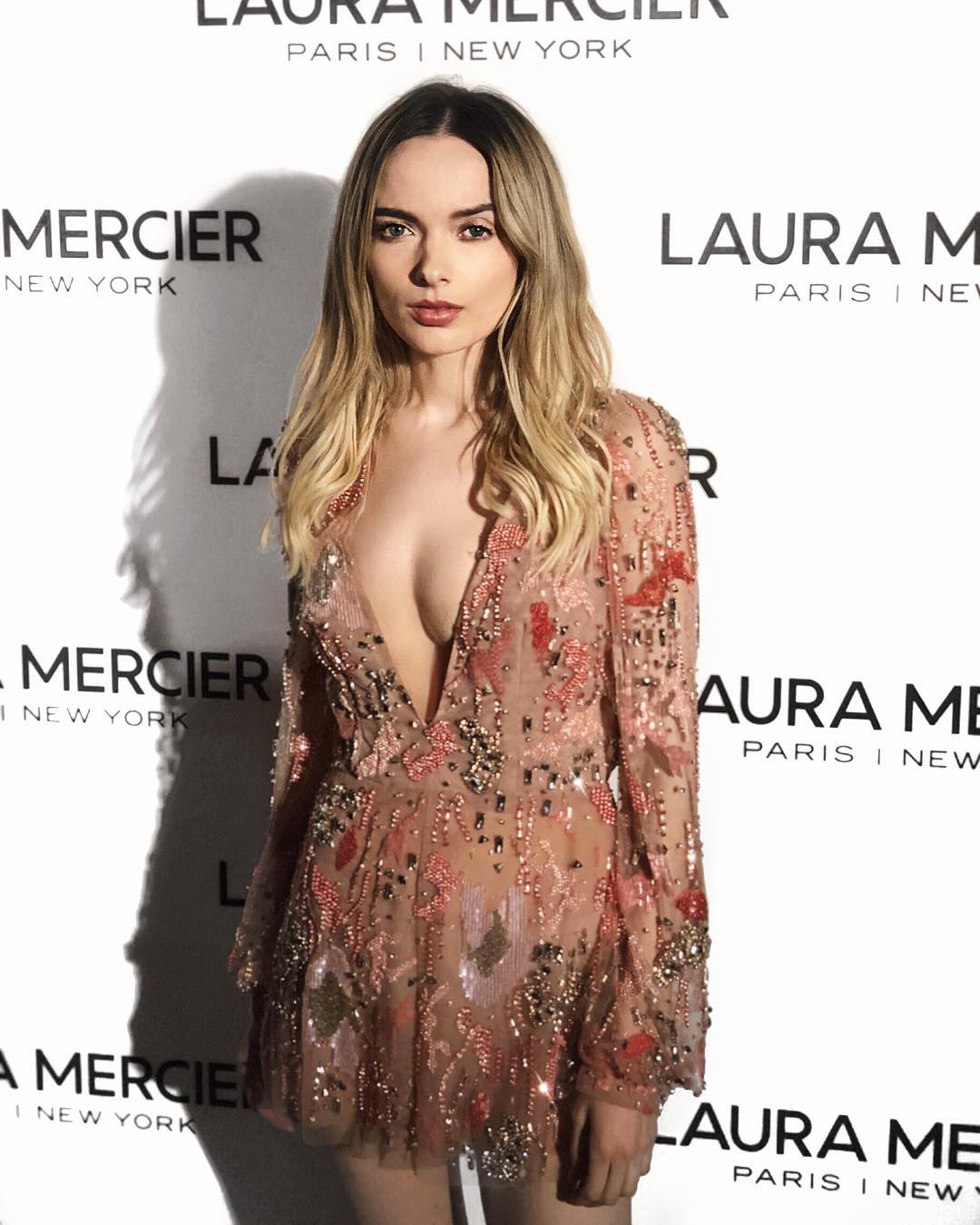 Recently, she uploaded a statement on her Instagram stories, directed to her bashers. It earned her another flak. 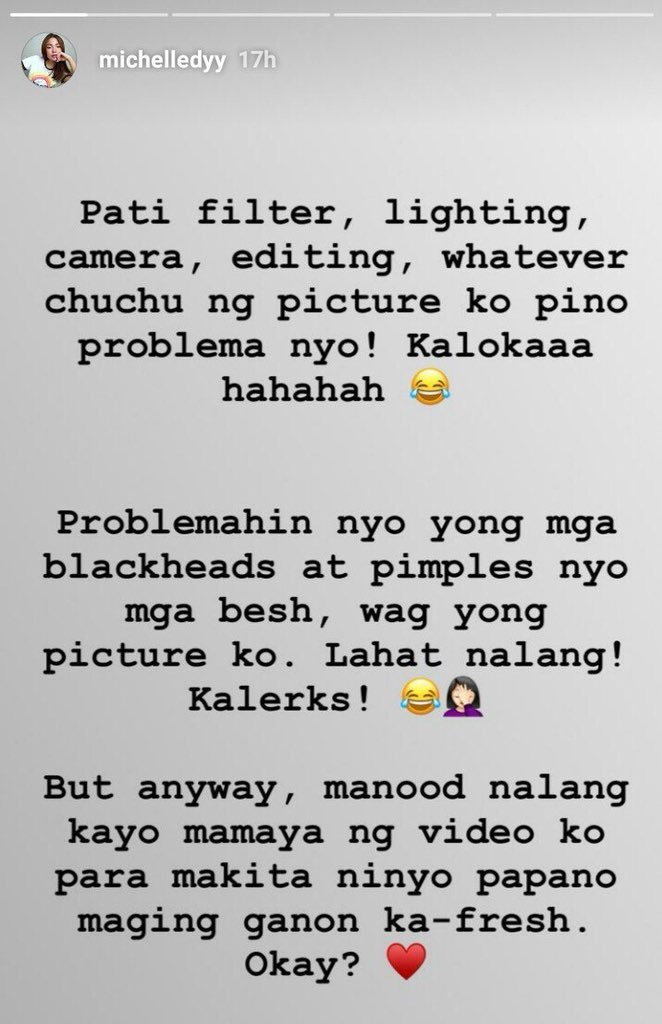 The IG story has been the talks of the town as it already reached the international scene. British YouTuber Em Ford, who runs My Pale Skin, called out Dy for skin shaming. 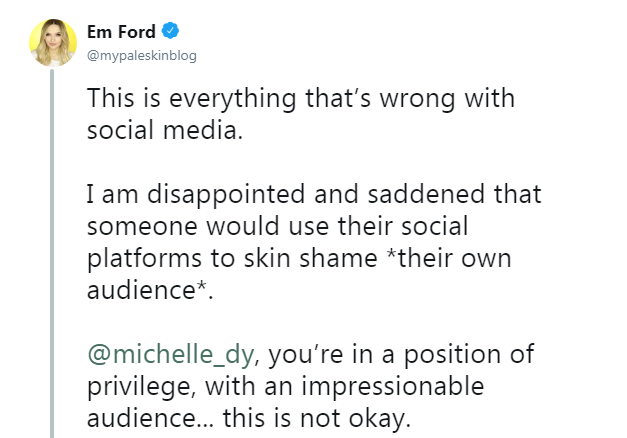 This is everything that’s wrong with social media.

I am disappointed and saddened that someone would use their social platforms to skin shame *their own audience*.

@michelle_dy, you’re in a position of privilege, with an impressionable audience… this is not okay.

Ford also added that a large amount of her audience is from Southeast Asia which is why she spoke about the issue. 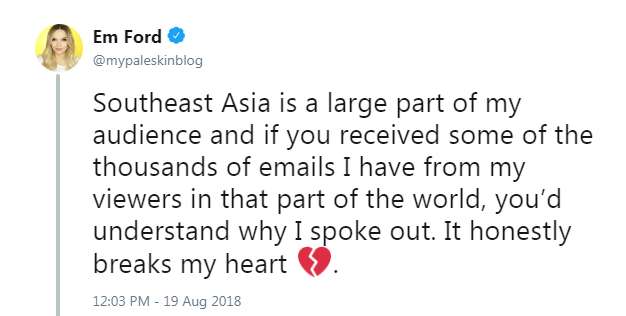 Southeast Asia is a large part of my audience and if you received some of the thousands of emails I have from my viewers in that part of the world, you’d understand why I spoke out. It honestly breaks my heart

She shared that she has felt feeling depressed about not being good enough which is why she wanted to stop everyone from feeling the way she did. 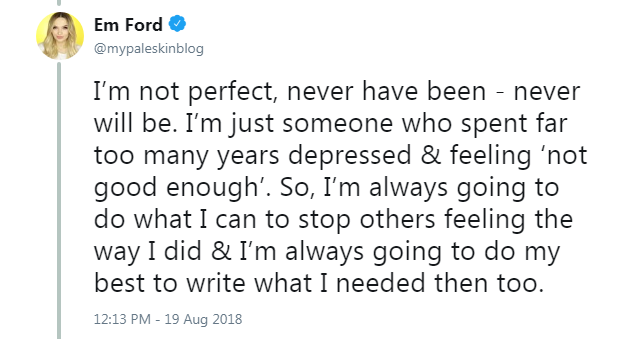 The YouTuber announced that she’s spending most of her time doing skin positivity projects.

Having also spent about 18 hours a day for the past few months focussed on my #skinpositivity projects, just know – that this is a VERY real problem, and has very real consequences. It may be ‘just a few words’ but sometimes, that’s all it takes.

Ford is a 27-year-old YouTuber that suffers from acne. She now has more that 1 Million subscribers.

Dy has yet to apologize regarding the statement, however, she uploaded a video titled, Paano GUMANDA Pagkatapos ng PROBLEMA. 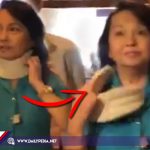 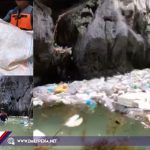