Being one of the heartthrobs of this generation, Piolo Pascual proved that he is more than just a handsome face. He has starred in countless of movie and television projects.

He is also the producer of an independent twinbill film under Bicycle Pictures, Manila.

Piolo was the executive producer of the Kimmy Dora trilogy, Kita Kita, and Meet Me in St. Gallen.

As a man of many talents, Piolo is often asked if he’s interested in joining the world of politics since many of his colleagues tend to do so.

When he was asked regarding this at a press conference for one of his endorsements, the actor said that he’s currently busy. “No. Thank you, I’m busy. Pinagdadasal ko na lang sila. Kaya na nila ’yan.”

Even though he has no interest with entering politics as of now, Piolo did admit that he was encouraged to run for mayor and senator before. He joked that he’s fine where he is right now as he doesn’t want to risk the chances of getting shot.

I have a better platform in showbusiness and I’m just gonna use that if I ever want to help.” 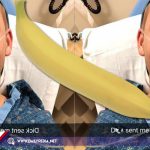 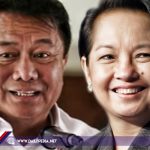