The two leaders held a bilateral summit meeting at the Cheong Wa Dae (Blue House) or the official residence of the Republic of Korea on Monday, June 4.

President Duterte, who is on a three-day Official Visit to South Korea, described their meeting as “very productive,” noting that they discussed matters of paramount importance to the two countries’ bilateral relations.

These include political and economic cooperation, defense and security, trade and investments, infrastructure, information and smart technologies, agriculture, protection of nationals, and the environment.

In a joint statement, President Moon said the Philippines and South Korea will continue to develop their substantive cooperation “to ensure that the people of our two countries will be able to fully grasp the fruits of this cooperation.”

“In this regard, the two leaders agreed to significantly increase our bilateral trade volume that currently stands at approximately 15 billion dollars and to further expand the investment between our two countries,” he said.
The Korean leader stated that the Philippines is a key partner in implementing the New Southern Policy that his government is “vigorously carrying out.”

President Moon said the Republic of Korea will actively participate in the national developments of the Philippines.

“In particular, I look forward to seeing the Korean companies’ participation further expanded in the fields of transportation, energy and infrastructure through our cooperation in the new industries such as infocommunications as well as science and technology,” he said.

On the protection of both Filipinos and Koreans, the leaders agreed to make extensive efforts to protect the safety, rights, and interest of both nationals, including cooperation between the respective public safety authorities.

“President Duterte promised to pay closer attention and provide support towards protecting the lives and the safety of Korean nationals in the Philippines,” he said.

The Korean government will likewise strengthen the protection and support for the multicultural families and migrant workers from the Philippines.

“We will actively safeguard the human rights through a variety of institutional support, including counseling centers for foreign workers and multicultural family support centers,” President Moon said.

He also cited the keen interest and support displayed by President Duterte in efforts to achieve complete denuclearization and permanent peace on the Korean Peninsula.

“His support will be of great help to us on our journey to establish peace on the Korean Peninsula,” President Moon said, adding that the two countries will further strengthen its cooperation “that goes beyond the Peninsula to uphold peace in the region.”

President Duterte meanwhile stated that the Philippines is hopeful that positive developments over the past several months will continue and contribute positively toward the goal of denuclearization in the Korean Peninsula.

The two leaders also witnessed the signing of four Memorandum of Understanding (MOUs) and a loan agreement after their bilateral summit meeting.

President Duterte said the signing of the bilateral agreement promises not just a growth for the countries’ economies but also ushers in a new era of stronger cooperation and partnership.

After the joint statement, President Moon hosted an official dinner at the State Guest House of the Cheong Wa Dae.

In his remarks, President Duterte proposed a toast for the lasting peace in the Korean Peninsula and for the long-standing friendship and a more comprehensive partnership between Manila and Soul.

President Moon, for his part, proposed a toast for the peace and prosperity of the two countries.

Before proceeding to the Blue House, President Duterte on Monday afternoon honored fallen soldiers, leaders, and heroes of South Korea and laid a wreath at the National Cemetery. 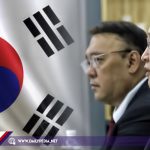 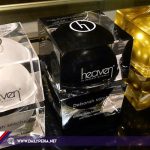