Dogs are known as man’s best friend for a lot of reasons. As what pet owners surely know, dogs are the most loyal, loving and caring pets in the world – which is why many people are interested to get themselves a pup for their own families.

Most dogs are well taken care of and showered with love by their owners, however, there are also a few who was unfortunate to be disregarded by their owners.

Her post instantly went viral because of the inspiring story and how Legaspi was able to calm the dog down.

The door was in a bad condition when Legaspi was given the custody of the dog. She immediately brought the dog to the vet to have him checked, which the Vet recommended to trim his fur to be able to treat his wounds.

Here’s the dog’s appearance five days after he was taken into a new home.

The dog hasn’t opened up to her yet, and she can’t touch him as Chico would bark at her – indicating that he doesn’t want to be ‘pet’.

Legaspi felt that the dog was slowly learning to trust her as they were able to do a few things together, like taking selfies. He also began to warm up to them, though he was still aggressive at times.

Chico’s fur was also getting thicker and healthier as a proof that he was being well taken care of by his new fur parent. Moreover, he also became more playful.

Chico’s appearance improved a lot ever since the first day he was adopted by Legaspi, and obviously, he likes his new home.

Chico was already in a perfect condition. It turns out that he was a chow chow breed of dog. Legaspi shared that a lot of their neighbors are very fond of him, but they couldn’t touch him.

“And he loves to take selfies with me….”

The dog often showed his smile to Legaspi, especially when he did something terrible. On the other hand, Legaspi just couldn’t resist his cuteness.

“Look at those smiles!!

I’m not sure why I’m sharing this, maybe to let everyone know how much furparents love their furbaby. Na sana walang nananakit ng aso or nanglalason kasi the pain of losing them is too much. Hindi kami namatayan lang ng aso, nawalan din kami ng anak, ng pamilya..”

Legaspi’s story is truly inspiring, but also sad at the same time. Who would have thought that Chico will die after following what the veterinarian told her?

She do have a lot of regrets, but she can’t do anything now but to pray that Chico is happy wherever he might be, and that she should bring her pets to a trusted professional next time to avoid similar circumstances like this to happen.

The netizens who had read her story was saddened that the dog wasn’t able to stay a long time in Legaspi’s care, seeing how he improved a lot.

Although Chico and Legaspi’s story ended that way, it can still be considered as a happy ending because the dog was given a second chance to enjoy a wonderful life with a loving furparents. Also, Legaspi was able to win his heart over because of her constant efforts to make the dog see that she will not do anything to hurt him. 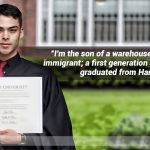 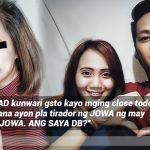