You know, it’s hilarious and all when images came up recreating photographs of the past. But, there’s a fine line when a photo recreation takes a weird unexpected turn.

A proof of which is this father and son tandem that took the time to recreate a heartwarming old photo and then posted online. The picture, out of controversy, went viral instantly and left everyone uncomfortable.

Tyler Walker, together with his father, Charles, recreated an old photo of them in a bath tub. In the photo, toddler Tyler and Charles are seen laughing while the former was sitting on his dad’s lap without any clothes on.

In the recent times

As the caption says, “We’ve both grown up a bit…” we can surely say that everything really grew up. No pun intended.

The scandalous post has received thousands of reactions on Facebook, and was shared way more than how Tyler imagined it to have. When everyone is still in confusion, one thing is for sure, netizens are “unsure whether to laugh or to vomit”.

One begs that this photo should be turned down

And this one notices that unnoticeable. Lol! 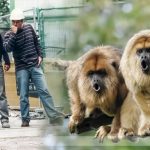 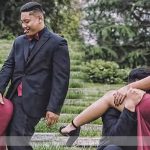