The internet has been “shookt” after seeing photos of the unicorn clouds posted by Anne Salikala on her Facebook account.

One afternoon, she suddenly saw the wonderful occurrence in the sky and decided to take pictures of it. Afterwards, she uploaded it on her account with a caption saying, ‘The unicorn is here.’

“It was amazing. It looked like a magical kind of phenomenon. I’ve never seen anything like it before. It wasn’t in the sky for long. So I was lucky to be able to record it. Certainly, it has made a lot of people happy to look at it.”

The netizens were amazed with the appearance of odd clouds and confirmed if it was true.

However, it seems like there are some netizens who believe that such happening is not possible at all as Salikala also received quite a lot of messages asking if she was in her right mind, or if she was doing drugs.

But the thing is, the unicorn clouds isn’t photoshopped.

It happened due to the occurrence of ‘cloud iridescence’ or the bending of scattered light caused by small water droplets or small ice crystals. The said light spreads out which creates an appearance of rainbow-like colors, which is the reason why it is linked to unicorns.

Natural phenomena aren’t impossible. It’s just that, they do happen rarely and only for a short period of time, which is why most people can’t believe that such incident is possible. Indeed, the nature has a lot more secrets that are yet to be discovered. 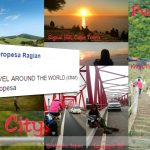 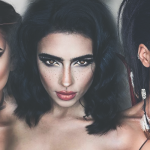