Animals rarely come out of their habitat. When such incident happens, there are two reasons which are normally the cause of the occurrence. It’s either they don’t have enough food anymore or their environment has been invaded with other animals – or worse, humans.

Just recently, a Facebook post made a commotion in the networking site after a page named Mayor Pidi Barzaga posted a picture of a huge python which seen in the overpass located in Dasmariñas, Cavite.

According to the post, the snake measures about 15 ft long, and was immediately spotted by the Technical Group who reported the sighting to the local authorities for a prompt action. The python was removed from the area and turned over to the local Barangay, and declared the footbridge safe after less than an hour.

The netizens thanked the local government for their quick response and praised their efforts to keep the city safe.

However, a few of them also brought up other issues which should have been captured by CCTV as well.

While the rest of them are alarmed of the size of the snake, which they think could consume a human due to its size.

In this situation, the local government indeed did a great job by acting fast. Fortunately, no one is reportedly harmed by the python, while the animal is safely brought to the rightful authorities.

The incident only goes to show that installing a CCTV is necessary, especially in the areas where crimes happen often. Whatever the reason why the python showed up in the place, it is advised to stay vigilant at all times to avoid similar incidents in the future. 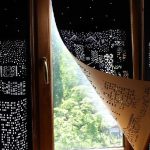 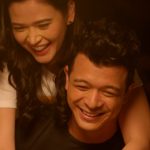