For the very first time, Bela Padilla and Jericho Rosales pair up for the upcoming luckiest film of the year. Directed by the Dan Villegas, Luck At First Sight is about two unlucky persons who found fortune in each other’s arms.

Joma, an independent man, believes that a life charm could help him win big to be able to pay his debts. Diane, on the other hand, doesn’t believe in ‘luck’ but relies heavily in hard work. The two accidentally met and instantly realized that they are each other’s life charm. Everything is going well, until one of them falls for the other. And according to the fortune teller whom Joma confide into, the luck will disappear when one of them gets romantically attached to the other.

Luck at First Sight hit the cinemas last May 3 and have been receiving great reviews from the viewers. And if you haven’t watched it yet, here’s 8 lucky reasons why you should rush to the cinemas now.

Starting his career being a director of photography, Dan Villegas has turned many films into blockbuster hits. Some of his works were English Only, Please, Always Be My Maybe, How To Be Yours, The Breakup Playlist, and the award-winning Walang Forever where he won his Best Director award in the Metro Manila Film Festival 2015.

We often hear Joyce Bernal being dubbed as Direk Joyce for being a world-class director who became the woman behind the success of Everything About Her, Bakit Di Ka Crush Ng Crush Mo, Kimmy Dora franchise, and many more. But now, he took the role ‘Creative Head’ for this genius film story-wise.

Being the ultimate leading man that he is right now, Jericho Rosales is thrilled to be working with this new set of crew, excluding Dan Villegas and Kim Molina whom he have worked with already in Walang Forever.

If you’re thinking that Bela Padilla is all beauty, you should be researching her credentials. He co-wrote our all-time favorite, Camp Sawi and even this film. Imagine? A genius young actress who can work in front and behind the cameras, even Dan Villegas and Direk Joyce lauded her creativeness when it comes to story building.

5. Fun and Lovable Side Casts

Admit it or not, Kim Molina and Cholo Barretto is the breath of fresh air in this film. They add up to the humor that the film caters. They have a love story of their own inside the film that the viewers would not expect, so watch out for it. Dennis Padilla and Issa Pressman also complete the lucky cast.

Choosing the official sound track of every film might be tricky, but for this film, they have chosen if not perfect, the best song that would match the film. Sung by the returning Zia Quizon, ‘Umaaraw, Umuulan’ was dressed with a different tone that perfectly fit the theme of the film. You can listen to the song’s new twist in Spotify.

We don’t want to spill the beans here, but the movie was packed with great life lessons that all can relate to. From love to family, the film is surely fit for all ages. It caters a different take on luck and love, that it can never be paired up, it’s like polar opposites. If you have the luck, you can find love, but once you find love, luck will disappear. Well, it’s enough for now and it’s for you to find out what happened between Joma and Diane.

8. It will make you want to find your “Life Charm”

At the beginning of the film, Madam Tetchie was introduced, the fortune teller who introduced the concept of Life Charm to Joma. According to her, all of us have a “life charm”, and once we meet them, everything that surrounds us turns to luck. It’s like a good luck charm, but an actual living person. Like any other charms that were introduced to us, there’s an exception. You can never fall in love with your life charm, because if you do, the luck will vanish.

To find out more about this incredible film, catch it in the cinemas NOW and enjoy the luck that the film will bring to you. Graded A by the MTRCB, you will surely fall in love with this movie.

What are you waiting for? Watch it now! 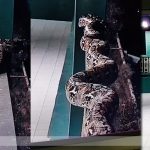 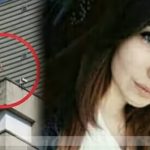