Mothers are always worried about their child whenever he/she is away from them, which cannot be helped as mothers know how dangerous it can be outside considering that her child is going somewhere far.

Most of them constantly communicate with their children to ask them about their whereabouts or what they have been doing. Taking into account that they cannot bear to lose their children, they sometimes panic easily whenever their child doesn’t response to a text or pick up their phones.

For this reason, a son named Kirby Gaitano who doesn’t want to make his mom worry about him while he’s on a trip, made an effort to assure his mother – Belinda Gaitano that he’s doing well.

Kirby sent her photos showing what he was doing in Aurora, carrying a sign saying, “Ma, okay lang ko!”

Even when he was passing through a bridge, or climbing up mountains, he would pose for the camera just so his mother would know that he’s doing fine and enjoying the trip.

When they went near the beach or climbed on rock formations, he always brought the sign with him along with continuously responding to his mother’s texts.

The netizens found it funny, but surely is an effective way to erase a mother’s worries. Some of them even got inspired by Kirby’s effort and might probably do the same for their next trip.

What Belinda’s son did is something that mothers would appreciate. Since there are a lot of crimes and accidents happening recently, it is a great thing to assure a worried parent that their child is safe even when he’s far away.

What do you think? Would you do the same? 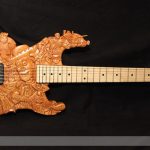 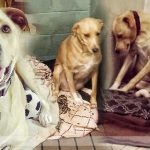