“I don’t know which took longer… the designing of this guitar or actually making it!” Dan Lefebvre shares.

Dan Lefebvre, an artist, told in a statement that the research for this project was ‘painstaking’.

The guitar that represents

His latest work of art features every Pixar movie there is, even includes at least one character from every film from Toy Story until the latest one.

According to him, each character took him an average of 3 hours to carve. Not forgetting, he always had to keep in mind who stood in the foreground of who and work from front to back.

Anna and Elsa from the hit Frozen were first because they stood closer in the foreground. All in all, the guitar is the outcome of over 200 hours of frustrating carving.

Making sure of every detail, Dan had this to say,

“It was really fun to carve but it seemed endless at times because of the amount of detail but I knew in my mind’s eye it would turn out the way I wanted if I just took my time.”

Whom he dedicates this to

The guitar, according to Dan, is dedicated to his two little boys. “Our whole family (my wife Mona, sons Charlie 7, Oliver 5 and myself) have always held Disney Pixar movies near and dear to our hearts,” he shared.

As the boys get older, he never wanted to forget the countless times they have spent watching all those fictional films.

For him, making the ‘Pixar Guitar’ will preserve his family’s memories. 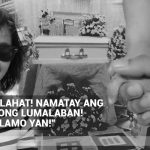 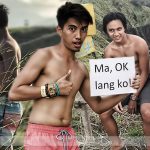