Not everyone gets lucky when it comes to their lovelife, there are times when their crushes are already taken and there are also cases when they don’t seem to notice their existence.

However, it doesn’t mean that there is no hope at all. As long as they are not yet committed in a relationship, you still have a chance to win their hearts over.

A Facebook netizen named David Joshua Duque, shared his tips on how to be noticed by your crush and unconsciously lead them on to like you as well.

Duque said that it is necessary to know your crush’s basic information, hobbies and what time they go online to have higher chances for an interaction with them.

According to him, it is just like Susan Roces’ famous commercial line: ‘Wag mahihiyang magtanong. You should never hesitate to initiate a conversation with them and make it creative as much as possible, then make sure they don’t get bored with the topic as well.

Duque himself knows that this is truly hard, especially when you aren’t really close to them as it will definitely be awkward at first. But try not to worry as you’ll be one of them in no time.

He also shared that you should just go with the flow whenever there’s an opportunity to be with your crush and his/her friends.

As what was stated in Duque’s tips, you should be speedy whenever there’s a picture taking and stand next to them if possible or at least stand near where they are to get a picture of you together which you can look at during the night.

Lastly, his final tip was never to lose hope.

Duque shared that before his girlfriend had said yes to him, the woman did some efforts to be noticed by the guy. Along with the graduation picture of him and his girlfriend, he said that there’s nothing really wrong with making an effort especially when a person has a good intention for it.

If his girlfriend didn’t do the efforts, they probably wouldn’t have ended up together. 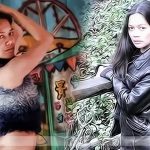 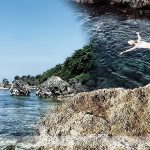