People have different experiences with drivers. Some of them are pleasant, but there are also some which are truly unlikable. Despite of the negative image some drivers are getting, a big percentage of these hardworking men continuously prove that not all drivers are the same.

The perfect role model for them is Grape Rufon Fernandez. He is an average Grab driver, who made such a heroic act for someone he doesn’t know.

Anica Velarde Espinosa shared the story of how this man gave her a chance to see her dying son in his last breath.

Espinosa went home from the hospital, when she received a call from her son’s guardian that the boy’s respiratory rate went down. She immediately booked a trip via Grab, and told the driver her situation as she hopped inside the vehicle. During her trip, Espinosa frequently called the hospital, asking if she would make it to see his son one last time.

She even asked them to take a video of her son in case she couldn’t make it on time.

Suddenly, she felt that the Grab driver drove faster than he did earlier. The driver repeatedly sounded his horn while telling the other vehicles on the road to give way for them as it was an emergency situation.

In just 32 minutes, they were able to arrive at the hospital. Espinosa paid him a generous amount of one thousand, but the driver refused to take the bill and said, “Ma’am, lakasan niyo lang po ang loob niyo at okay na ako.”

Touched by the man’s gesture, she hugged him and thanked him before rushing to the ICU where she was able to hug her son for the last time. Espinosa was the most grateful woman on Earth as she was able to hear the words, “I love you, mommy,” one last time from her little angel.

Espinosa posted the story on her Facebook account as a way to find the compassionate man, saying that what the man did will never fade in her memory.

Soon enough, she was able to find her heaven-sent Grab driver, who also visited the wake of her son.

She thanked the netizens for spreading the news, and expressed her gratitude to Fernandez once more.

Facebook users who have read the story were inspired, and were also teary-eyed. They hoped that Fernandez receives more blessings in life in return of the act of kindness he did for Espinosa.

Fernandez is one of the living proofs that drivers are not all terrible. Although the fact that there are rude and ill-mannered ones, the number of reliable drivers are still bigger in their population. 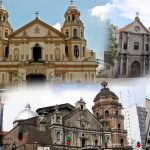 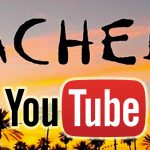