A thirteen-year-old kid in Georgia was livestreaming via Instagram Live when he accidentally shot himself to death.

Malachi Hemphill was rushed to Gracy Memorial Hospital in Atlanta, and was declared dead on arrival. Shaniqua Stephens, the victim’s mother, was home with her son when the fatal accident occurred.

A ‘boom’ ended it all

“I heard a big boom. I couldn’t tell if it was a gunshot or what,” Stephens said.

According to the mother, she had no choice but to watch her son swimming in his own blood the evening Malachi passed away. She remembered how she had just watched him take out the trash minutes before the tragedy.

When Shaniqua heard the big ‘boom’, she and her daughter instantly ran upstairs to Malachi’s bedroom, it was locked.

“We kicked in the door. We found him just laying there in a pool of blood. My daughter screamed and said, ‘Mom, turn his phone off!’ As I proceeded to look at his phone, he was on Instagram Live,” she did not know what to do.

She said that her son’s friends came over to their home after witnessing the tragic death of Malachi.

There were around 50 kids outside their house according to Shaniqua after the incident happened. “I guess these were the kids that were watching on Live that live in the area. I guess when it happened, they just ran over here.”

On the other hand, Forest Park Police is investigating how a gun ended in the teenager’s hands. 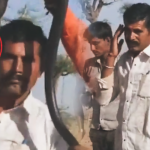 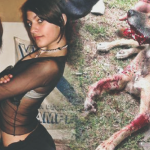